Hip replacement surgery is also one of the most successful procedures in Orthopaedic surgery, often allowing patients with previously debilitating hip pain to return to their previous level of activity with little to no pain after a full recovery.
Hip replacement surgery can be performed by several different surgical techniques.

The most common technique used by most Orthopaedic surgeons is the Posterior Approach which has been used for thousands of hip replacements with excellent results. This approach generally involves a 4-6 inch incision of the side or back of the hip; requires splitting of the iliotibial band and the gluteus maximus; detachment of the piriformis and short external rotators and the posterior hip capsule. The hip is then dislocated at which point we can now access the hip socket and the upper part of the hip and perform the replacement. During this time we replace the ball of the hip with either a metal or ceramic ball which has a stem that goes into the upper part of the thigh bone. We then place a new metal socket, with a liner made of polyethylene, into the pelvis. The detached posterior structures are subsequently repaired to restore the soft tissues around the hip. Immediate weightbearing is allowed. Patients observe hip precautions to prevent posterior dislocation in the area of these repaired structures. These precautions are generally strictly observed for 2-3 months postoperatively. 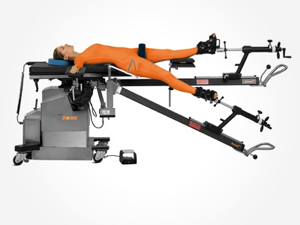 In contrast, Direct Anterior Approach hip replacement is performed through a 4-6 inch incision on the anterior (front) or anterolateral thigh. The procedure is aided by the use of a special Orthopaedic operating table called the Hana®Table, which allows improved access to the hip from the anterior approach and the ability to manipulate the leg to allow for access to the femoral canal.

The approach uses an anatomic plane between 2 muscles; the Sartorius and the tensor fascia lata. The hip capsule is opened and only the piriformis tendon is generally released to aid in insertion of the implants. The hip implants are then inserted in the same manner used for a posterior approach. The hip capsule is closed. Immediate weight bearing is allowed. No hip precautions are necessary.

There are several potential advantages to an anterior approach for hip replacement. One advantage appears to be a quicker return to walking and daily activity in the early post-op period. However by 6-12 months after surgery, the results with regards to level of function are not different from a posterior approach. Other potential advantages include lower rates of postoperative dislocation, improved implant position due to the use of intra-operative fluoroscopy and a potentially shorter hospital stay (although this is comparable between the two approaches and depends on many factors).

Some disadvantages specific to the anterior approach include risk of injury to the lateral femoral cutaneous nerve (a sensory nerve in the thigh); increased operative time; the inability to perform the procedure in some overweight or obese patients or with some types of hip deformity. Also, this is not generally a technique that is used for any type of revision hip replacement.

Our Practice has Surgeons who perform hip replacements through each of these (and other!) approaches. We encourage you to discuss this with us at your appointment so that we can make the best decision for your individual case!